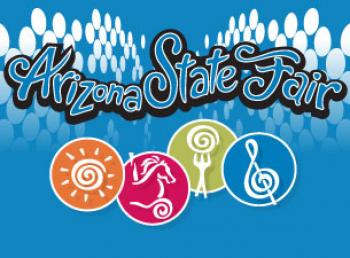 http://ticketmaster.com http:// azstatefair.com/concerts
Phone: 800-745-3000
Phoenix, AZ 85007
1826 W. McDowell Rd.
Phoenix AZ 85007
Be prepared to experience out-of-this-world entertainment, spy-tingling adventures, and heart racing excitement. The 2013 Arizona State Fair is packing in even more thrills with new exhibits, interactive shows, and Midway rides. Many of the new attractions are free with paid admission, including the all new Great American Duck Race, Secret Circus, Tyzen, the Hypnotist, Wolves of the World, Icemen Ice Carvers, presented by Climate Pro Air and Heating, and Life in the Ice Age, presented by Sears Vacations.
This year’s star attraction, Star Trek: The Exhibition, is one of the largest collections of authentic Star Trek artifacts and information ever put on public display. A truly impressive array of exhibits featuring sets, costumes, priceless museum pieces and props from all five Star Trek television series and eleven Star Trek feature films. Together, these components offer Star Trek fans and novices alike an opportunity to experience firsthand the imagination, artistry, technology and meticulous craftsmanship that have made Star Trek the most enduring science-fiction franchise in history. Admission is just $5, and children 5 and under are FREE with a paid adult admission. Separate Fair admission required and the exhibit is open daily during the Fair.
If you need to take a break from all the excitement and thrills, two all new areas will debut: The Hangout and Play Space. Adults who are looking to escape the madness of the Fair will find refuge in The Hangout, a brand new entertainment venue featuring fun games, stage entertainment, and a wide variety of beer, wine, and mixed drinks. With its lounge-like atmosphere, The Hangout is something you won’t want to miss, presented by Hensley Beverage Company’s Arizona Craft Beer Division. For kids eight and under (with their parents,) Play Space offers the chance to – 3 – 2 – 1 – BLASTOFF! Your little astronaut will delight in this space-themed play area filled with indoor toys and games, arts-and-crafts projects, coloring, reading time, and more. It’s out of this world!
Get ready to experience live heart-racing action at the Great American Duck Race. Lucky members of the audience are chosen to hold and release one of four Mallard ducks as the starting horn sounds. Ducks race along their custom water track to the finish line, with prizes awarded to each winner. May the best quack win!

Fairgoers will meet Agents Honeymoon and Butterfly, two highly trained operatives with a license to thrill at Secret Circus. In their spy-themed interactive comedy show, they combine all the elements of a spy thriller with rocking circus stunts. Equipped with a 7-foot stealth cycle, a bow and plunger-arrow, a skateboard catapult, and a host of deadly juggling tools, nothing can stop these two agents on their mission to entertain.
Wolves of the World is your chance to experience the ONLY traveling wolf pack in the world! This show features demonstrations of natural animal behavior, wildlife and environmental conversations, and the do’s and don’ts of human interaction with wild animals FREE with Fair admission.
Life in the Ice Age, presented by Sears Vacations, will immerse Fairgoers in a world when sabertooth cats and woolly mammoths roamed the earth. This museum-quality exhibit features nine animatronics and a static family scene of mammals from the Ice Age. Members of both the science and museum communities contributed to the design of this exhibit to ensure the highest degree of accuracy.
At the Icemen Ice Carvers show, you’ll marvel as these skilled craftsmen transform blocks of ice into works of art right before your eyes, using nothing but electric chainsaws, chisels and hammers, and other tools of the trade. This show is free with Fair admission. Brought to you by Climate Pro Air and Heating.
Prepare to be mesmerized by Tyzen the Hypnotist. Tyzen’s “Hypnosis That Rocks” comedy hypnosis show generates a highly entertaining performance where audience members are transformed into the STARS. This show is free with Fair admission and runs from Wednesday, October 16 to Sunday, November 03.
Six new Midway rides will debut at the Fair this year. Four rides will appeal to small children: Quad Runners, Farm Tractors, Motor Bikes, and VW Bugs, while older children and adults alike will be thrilled with the adrenaline-packed experiences that the all new Mach 1 and Insanity rides provide.
Competitive-minded fairgoers can participate in the Opening Day Scavenger Hunt where they can test their skills from 12 Noon to 3pm! Participants can pick up a passport at any admission gate on Friday, October 11, Opening Day. Passports contain riddles which send scavenger hunters to specific locations throughout the Fairgrounds. Stamps are earned at each correct location. The first 200 people to bring a completely stamped passport to Guest Services from 12 Noon to 3pm will win a season pass to the Fair!
All the favorite attractions will return as well including: Great American Petting Zoo, High Fly’n Zip Lines, Kerr’s Farm Tours brought to you by AZ Milk Producers, Model Railroad Display presented by The Thunderbird Model Railroad Club, and Native Spirit Dances.A tradition in the state for nearly 130 years, the Arizona State Fair consistently supplies a healthy dose of family entertainment, homespun creations, and attractions for all ages and interests. It continues to attract numerous Arizonans each year to its location at 19th Avenue and McDowell Road, including last year’s attendance of 1,154,271.The 129th annual Arizona State Fair runs October 11 to November 3 (Closed on Mondays and Tuesdays) and hosts a variety of fun-filled attractions, activities, and rides for all ages at its traditional location at 19th Avenue and McDowell Road in Phoenix. Additional information can be found at www.azstatefair.com.Mark your calendar for the Fair’s 18-day run from October 11 through November 3 (Closed Mondays and Tuesdays.)You Belong Here! 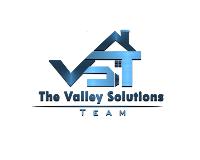 Want to Advertise on this Site?

DriveThru Closings The Sale Must Go On

Real estate professionals find creative ways to keep closings on track as transactions are disrupted amid the coronavirus outbreak.Picture a drive-thru window at a fast food restaurant: That’s

Be Ready To Fight COVID19

Looking To The Future What The Experts Are Saying

As our lives, our businesses, and the world we live in change day by day, we’re all left wondering how long this will last. How long will we feel the effects of the coronavirus? How deep will the

Shelter-in-Place Order: What Does It Mean? In an effort to prevent the continued spread of, and exposure to, COVID-19, a growing number of states, cities and counties have issued “shelter-in


Should you require assistance in navigating our website or searching for real estate, please contact our offices at 480-332-5942.

White Mountain Association of REALTORS® All information deemed reliable but not guaranteed. All properties are subject to prior sale, change or withdrawal. Neither listing broker(s) or information provider(s) shall be responsible for any typographical errors, misinformation, misprints and shall be held totally harmless. Listing(s) information is provided for consumer's personal, non-commercial use and may not be used for any purpose other than to identify prospective properties consumers may be interested in purchasing. The data relating to real estate for sale on this website comes in part from the Internet Data Exchange program of the Multiple Listing Service. Real estate listings held by brokerage firms other than HomeSmart International may be marked with the Internet Data Exchange logo and detailed information about those properties will include the name of the listing broker(s) when required by the MLS. Copyright ©2020 All rights reserved. Last Updated: April 9, 2020 5:00 PM Show More...

© 2020 Arizona Regional Multiple Listing Service, Inc. All rights reserved. All information should be verified by the recipient and none is guaranteed as accurate by ARMLS. Information deemed to be reliable but not guaranteed. Listing broker has attempted to offer accurate data, but buyers are advised to confirm all items. Only IDX residential listings are displayed on this site. The information being provided is for consumers' personal, non-commercial use and may not be used for any purpose other than to identify perspective properties consumers may be interested in. Information last updated on April 9, 2020 3:36 PM Show More...

By registering, you agree to our terms of use and that real estate professionals and lenders may call/text you about your inquiry, which may involve use of automated means and prerecorded/artificial voices. You don't need to consent as a condition of buying any property, goods or services. Messages/data rates may apply.